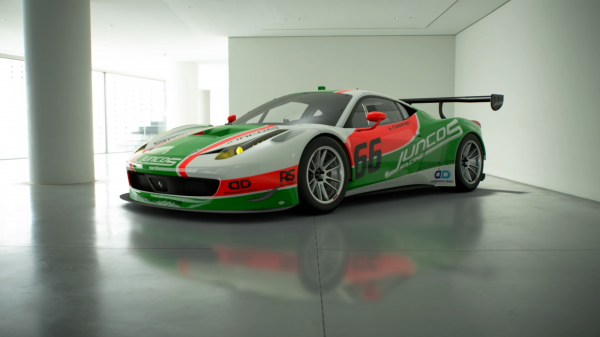 Indianapolis, Indiana (May 11, 2020) – Juncos Racing eSports is pleased to announce Agustin Canapino will join the team for the WeatherTech Presents IMSA iRacing at Road America event this Thursday May 14th. This will be the first start for Canapino and Juncos Racing in the IMSA iRacing Pro Invitational.

Juncos Racing made their debut in the IMSA WeatherTech SportsCar Championship during the 2019 season, running the No.50 Cadillac DPi-V.R entry in eight of the 10 events. Agustin Canapino, a 14-time Argentinean touring car champion, piloted the Juncos Racing entry at the Rolex 24 At Daytona and the Twelve Hours of Sebring.

Canapino, who recently joined Juncos Racing eSports for the RACE FOR HEALTH event last weekend, will pilot the No. 66 Juncos Racing eSports entry. The Argentinean has not only had great success within real-life sportscar racing but has captured many championships in the virtual racing world.

Canapino is thrilled to be back in IMSA, joining the 50-car field that will feature many drivers from INDYCAR, IMSA, and NASCAR.

“It is an honor to be a part of IMSA in the virtual world,” said Canapino. “Last year we had a great experience running in the real life IMSA series, which I was part of at the two biggest endurance events of the year. Even though we did not get the results we hoped for at those events, we still were able to learn a lot and put that towards the rest of the season. I am really looking forward to this chance to run with IMSA in the virtual world and to show the team what I can do, as I have a lot of experience as a simracer. I am also excited to represent the Argentinean people and hope everyone has a chance to tune in and watch us compete at Road America this Thursday. I want to thank Juncos Racing for giving me this opportunity, as I hope this is the start to many more events in the IMSA virtual world.”

Juncos Racing Team Owner Ricardo Juncos said, “We are really happy to be back racing with the IMSA series, competing within their virtual racing championship. It will be great to watch our No.66 entry in the field with so many talented drivers from around the world, who compete in all of the highest levels of motorsports. I am confident Canapino will have great success as he brings a lot of experience from both the real-life sportscar racing and virtual racing world. I would like to thank IMSA for the opportunity to compete in the IMSA iRacing Pro Invitational and look forward to a great event this Thursday!”

Round 4 of the IMSA iRacing Pro Invitational will take place on the 4.014-mile, 14-turn virtual road course at Road America. The race will stream live on  , Juncos Racing Twitch Channel , the iRacing Facebook and iRacing YouTube channels beginning at 6:00pm ET Thursday May 14th, 2020. The Torque Show will stream a pre-race show beginning at 5:00pm ET on it’s Facebook page.